If the idea of binge watching a dark horror series in which vampires have taken control of man kind, you may be interested in watching an episode of The Strain. To discover everything you need to know before you start watching the popular episode Night Train, simply continue reading in order to understand the complex fantasy world which The Strain takes place in. Night Train Strain: A fuss free guide to Night Train an episode of the hit TV show The Strain

It’s the season finale of the second season of The Strain:

One of the reasons why Night Train is one of the most watched episodes of The Strain is that it is the season finale of the popular TV show The Strain.

It’s part of a TV series which is classed as a vampire horror. The Strain was originally written as a trilogy of horror books but was adapted for TV due to public demand and the success of its trilogy.

Guillermo del Toro is such a successful sought after director that he was approached to direct The Hobbit trilogy of films. However, del Toro passed on directing The Hobbit and Peter Jackson eventually signed on to direct the popular trilogy. So if you’re looking to watch a high quality, world class horror you’ll love the vampire filled world that Guillermo del Toro has created for his fans. If you enjoy horror focused TV series such as The Walking Dead as well as vampire themed movies such as the Underworld films, you’ll be sure to love The Strain.

Some of the film projects with Guillermo del Toro has produced or directed include Pan’s Labyrinth which is a dark fantasy film as well as the films Mimic and Cronos. He has also been involved with the production of a wide variety of horror or fantasy focused TV shows such as Troll Hunters, Wizards and Five Came Back. So you can be sure that The Strain is high quality show, that’s well worth following.

The heroes of The Strain seek to defeat the Master in order to gain control of the world back from the vampires:

The Strain follows the story of a few brave individuals who seek to find a way to defeat the Master, who is ruler of the vampires and who is intent on controlling and enslaving mankind. However, the protagonists of The Strain struggle to find a line between being ruthless enough to beat The Master at his own game, while being able to retain their humanity. Which makes The Strain a throughly addictive show to watch. As you won’t be able to guess which of your favorite characters will retain their morals and values and their soul and which of your favorite characters will eventually succumb to their dark side.

The Strain has an unexpected link to the Harry Potter films:

David Bradley who plays Argus Finch the rude janitor in the Harry Potter films appears in The Strain as the character Abraham Setrakian.

So if you love the sound of The Strain, you can’t go wrong jumping into the world of The Strain and streaming or downloading the finale of season 2, which is titled Night Train! 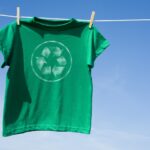