Mobile gaming is a hot and crowded market, particularly with multiplayer games. The key to success is player engagement, getting players to log in more often and play for longer. Let’s go over four ways that a developer can keep players engaged with their multiplayer mobile games.

The Feeling of Synchronous Play Synchrony is the feeling of playing with others in real time. Synchronous play in mobile gaming mainly depends on reliable servers and optimized performance. Looking at StarCraft II and other real-time strategy games, if one player starts to lag, the entire game pauses until it is resolved. This is far less frustrating than the game still playing while undergoing lag issues.

Lag is the enemy of synchronous play, causing a disconnect between what one player sees and what other players see. In a shooter, when a player pops forward suddenly, or misses shots that should have hit due to internet issues, it ruins the sensation of playing in real time. Put simply: smooth and reliable online multiplayer encourages player engagement.

Nearly every multiplayer mobile game needs monetization to stay afloat. The issue is how developers choose to make money, and whether that interferes with gameplay.

For an example of player-friendly monetization, consider out-of-gameplay ad placement. Most mobile games make at least some of their revenue from displaying ads, but showing them during actual gameplay is a deadly sin that will send players running. Showing them at a point of downtime, such as the matchmaking lobby or title screen, is far less intrusive.

Among multiplayer games, the worst possible label is pay-to-win, meaning that spending money puts a player at an advantage over a player who doesn’t spend money, regardless of skill. The sense of unfairness brought on by pay-to-win mechanics will dissolve any loyal fanbase.

If an in-app purchase could potentially make the buyer more powerful than other players, there should be a required learning curve that the player must overcome in order to use such an item effectively. One example could be selling different types of weapons of similar power, instead of better versions of the free weapons. Many multiplayer games dodge this issue by leaving app store purchases only for things that do not affect core gameplay, such as cosmetic items.

Most multiplayer games can be set into one of two camps: competitive or collaborative. For example, Left 4 Dead is a collaborative multiplayer game that demands quick communication and teamwork. For this reason, the game offers voice chat as well as text chat. Competitive games, on the other hand, typically need a fair progression system that unlocks new options for beginners without making them feel hopelessly underpowered against more experienced players.

Considering how easy it is to add video or voice chat in multiplayer unity games, leaderboards, and other collaborative or competitive features, the modest effort will go a long way toward player retention and engagement.

There’s no doubt that the expanded technology of game design tools and mobile publishing has transformed the gaming world. In the future, developers who prioritize user engagement and the optimal player experience will find the biggest rewards and set the standard for their competition. 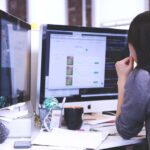 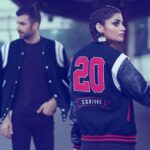