Cafes, culture, close to the city. These are the things that most young professionals look for in a neighbourhood, and these eight Sydney suburbs deliver these qualities in spades. Check out our pick of the best places for Sydney’s 20 and 30-somethings to live and work.

Sandwiched between Sydney’s city centre and the salubrious Eastern Suburbs, Paddington is perhaps the most stylish neighbourhood the Harbour City has to offer. Paddo’s elegant Victorian-era architecture provides the perfect home for upscale fashion boutiques, design studios, jewellery shops and art galleries, as well as trendy cafes and small bars that spill out onto the area’s leafy footpaths.

While Paddington’s fashion designers occupy the eastern end of Oxford St, Darlinghurst’s nightlife fills the stretch closer to the city. Darlo is the hub of Sydney’s LGBTQI+ community, but there’s plenty more to the neighbourhood than just gay bars — Darlinghurst is home to a colourful collection of inventive cafes, independent retailers, and Sydney’s best small bars and late-night eateries.

Surry Hills is another working-class area that has been gentrified into one of Sydney’s most coveted suburbs among millennials. “Something for everyone” is a lazy cliché but it rings true when describing Surry Hills’ dining and drinking options — homely Lebanese eateries sit alongside shabby-chic small bars, historic pubs share the pavement with sophisticated speciality coffee joints, late-night small bars are neighbours with some of Sydney’s best restaurants, all on the doorstep of the city centre.

Redfern used to be Surry Hills’ shabby next-door neighbour, but it’s changed markedly over the past decade. The neighbourhood is the epicentre of Sydney’s Indigenous community and the home of historic working-class football club the South Sydney Rabbitohs, but that culture is now blended with university students and young graduates who are drawn to Redfern’s central location and rapidly evolving food and drink scene.

Better known as a haven for backpackers and beach bums, Bondi is also popular with millennials making the 7km journey into the city for work. The suburb’s appeal is obvious, from the miles of golden sand to the array of health-conscious cafes, sophisticated restaurants and lively watering holes, all contributing to a lifestyle that so many Sydneysiders are keen to experience.

This suburb is the bohemian capital of Sydney, brimming with creative professionals just 4km west of the city centre. To call Newtown ‘eclectic’ doesn’t even begin to cover the variety of cultural offerings the neighbourhood has to offer, including an endless stream of independent boutiques along King St, historic pubs and raucous nightlife, fashionable cafes, much loved craft breweries, plus some of the premier live music venues anywhere in the Harbour City. Newtown and further west becomes a lot more affordable than the aforementioned suburbs. If you’re thinking of buying check out this home loan deal from New South Wales bank Newcastle Permanent. Until then, stay safe and explore Sydney. 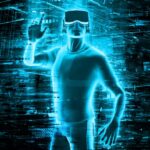 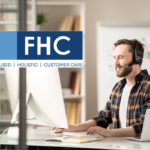 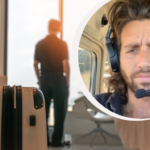