Transition seasons always receive mixed reviews. For the normal people, they represent change and are welcomed with open arms. Whether it be the bloom in the spring, or the burst of orange in winters, excitement is palpable. It seems like nature is having a big party as the burst of color leaves a euphoric air in its aftermath.

However, for the rest of the population, this transition is met with groans. People suffering from seasonal allergies have just as bad autumn as they do spring. Their body gets triggered by the allergens in the air. Enter; hay fever. What is Hay Fever?

Occurring mainly in September and march, hay fever is a result of high pollen count in the air. Symptoms of hay fever include watery eyes, that also itch. Moreover, coughing and sneezing are also experienced in this state.

Hay fever also leads to itching in the mouth and throat. Ears itch and ache as well. Moreover, sinuses might also get choked, due to which nose gets clogged and intense pain is experience on the cheekbones and head. Due to the immune system being in an overdrive and the general illness induced by hay fever, fatigue and tiredness also become a perpetual state.

The situation is even more bleak for those suffering from asthma as they also have breathing issues. While it is not possible to avoid hay fever, certain steps can ease the pain. However, be also sure to confer with your ENT specialist in Karachi, as expert opinion is also important.

Outside is where pollen and other allergens reside, and outside is thus where you should not be.

When you limit your exposure to the irritants, you are preventing your symptoms from aggravating. This can be hard, when the weather outside is absolutely gorgeous, but remember, you cannot see with tear eyes. You will be anything but enjoying when the hay fever-induced headache is pounding at your temples!

Protect yourself when you go outside

To protect your eyes from getting exposed to the irritants, wear big glasses. A combination of hat and glasses is even better.

Take off the outdoor clothes when you come home

It is best to immediately change out of the clothes that you ventured outside in. As the pollen particles etc. are suspended in the air, they land on the clothes as well. Not changing out of them not only poses the chances of further exposure, but you will leave the particles wherever you go in your house. Therefore, the chances of contact will increase even further.

Shower after being outside

Just as pollen and its pesky mates can get into the clothes, they also settle on the skin and in the hair. Therefore, after venturing outside, do not forget to shower (including washing hair!).

Do not dry clothes outside

This may serve as an inconvenience, but do not put your clothes for drying outside, as the allergens will settle on them and lead to hay fever later. Dry them indoors or run a few more dryer cycles perhaps.

Masks, especially the respiratory masks like N-95, can help prevent breathing in the allergens. However, be sure to just wear them when outside and not doing any strenuous activity to prevent respiratory distress.

Anti-allergy medicines, when taken timely, can effectively prevent against the symptoms from taking a turn for the worst. It is best to pop one before doing an outdoorsy activity. It will however, not clear away the nasal congestion.

Putting thick petroleum jelly around the nostrils helps build a barrier to the outside air. It thus aids in trapping pollen and prevents it from making its way inside of the body.

If the congestion in the nose is extremely bad, decongestant sprays can help. But they just offer temporary relief and are bad in long term. Hence, it is best to just occasionally use them.

The lovely breeze might be very tempting indeed but keep all the windows and doors closed, regardless. Wind will also bring pollen and allergens with it into the air inside of your house which will then make the hay fever worse.

Another way to ensure that the air inside of your house is free of the allergens is by having a filtering system present. The filters will then remove irritants present in the air (barring few exceptions of course).

Also, for people who have their nasal and air cavities being irritated by the dry autumn air, humidifier is also great.

If hay fever is a recurring theme in your life, you can ask the best ENT specialist in Islamabad

for allergy or flu shots or similar anti-allergy drugs that will help the body cope better with the seasonal allergies.

Previous Post: « 11 Things That Will Help You Control Your Stress While Not Spending a Ton of Money
Next Post: Creating a Search Bar Using HTML: Your How-to Guide  » 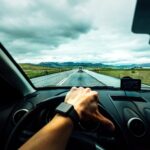 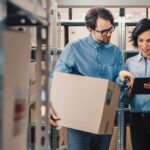 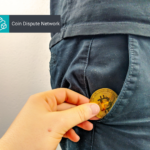